Ralf Rangnick praised Manchester United’s “exceptional” play after starting his reign with a 1-0 win against Crystal Palace on Sunday as Tottenham crushed Norwich 3-0 to extend their recent revival under Antonio Conte.

The new interim manager named an unchanged side at Old Trafford after United beat Arsenal 3-2 in midweek under the temporary stewardship of Michael Carrick.

The German boss was rewarded with a high-energy performance in the first half, backed by a vocal crowd, and although their levels dipped in the second period, the much-maligned Fred produced a moment of magic.

It was the club’s first clean sheet at home this season after a series of chaotic performances in recent weeks under Ole Gunnar Solskjaer, who was sacked last month.

“I am very happy with the way the team performed, especially the first half hour, with the pressing, it was exceptional,” the German told the BBC. “The only thing missing was the 1-0 or 2-0.

“The way we defended, we had control of the whole game, the clean sheet was the most important part.

“These are the things we must improve. We need to keep clean sheets. With just the one training session, I was really impressed. We did much better than expected.”

Cristiano Ronaldo had the hosts’ best chances in a bright opening spell as Palace struggled to gain a foothold but the game remained goalless at half-time.

Rangnick threw on Mason Greenwood and Anthony Elanga for Jadon Sancho and Marcus Rashford to inject fresh energy into his attack as the second half wore on.

Palace were a threat on the counter-attack and Jordan Ayew went close when he fired a great chance wide on 74 minutes.

But it was Brazilian midfielder Fred who broke the deadlock, curling home a superb strike past Palace goalkeeper Vicente Guaita from the edge of the area after a pass from Greenwood with 13 minutes to go.

It was only the second goal of the season for Fred — who had been a target for criticism towards the end of Solskjaer’s time as manager.

The win lifted United to sixth place in the table, three points behind fourth-placed West Ham.

Spurs are one point ahead of United with a game in hand after cruising to a win against bottom side Norwich — their third straight victory in the Premier League.

Lucas Moura opened the scoring in the 10th minute when he jinked past a host of Norwich players, exchanged passes with Son Heung-min and smashed in from outside the box.

Tottenham doubled their lead midway through the second half when Davinson Sanchez smashed home a loose ball from a corner and Son made it 3-0 in the 77th minute.

Conte took over from the sacked Nuno Espirito Santo early last month with Spurs languishing in mid-table and is now making his mark.

“I know for Tottenham it will be a season of work, hard work,” said the former Chelsea boss. “Only through the work can we improve and to have ambition to improve our position.

“I have just started. We have to build a solid base and a good foundation if we want to try to be competitive in the future and fight for something important.”

New Aston Villa boss Steven Gerrard got the better of his former manager at Liverpool, Brendan Rodgers, in a 2-1 win at home — the third victory in his first four matches.

Harvey Barnes gave Leicester an early lead but defender Ezri Konsa struck twice to secure the three points for Villa, who climbed to 10th in the table, ahead of Leicester on goal difference.

“There’s loads of work still to do,” said Gerrard. “It took a few home truths at half-time to sort our issues out, to rejig our shape and a few other things. But all you can ask of your players is to perform. We did that.”

Brentford were denied a win at Elland Road as Patrick Bamford scored deep into stoppage time to rescue a point for his side in a 2-2 draw. 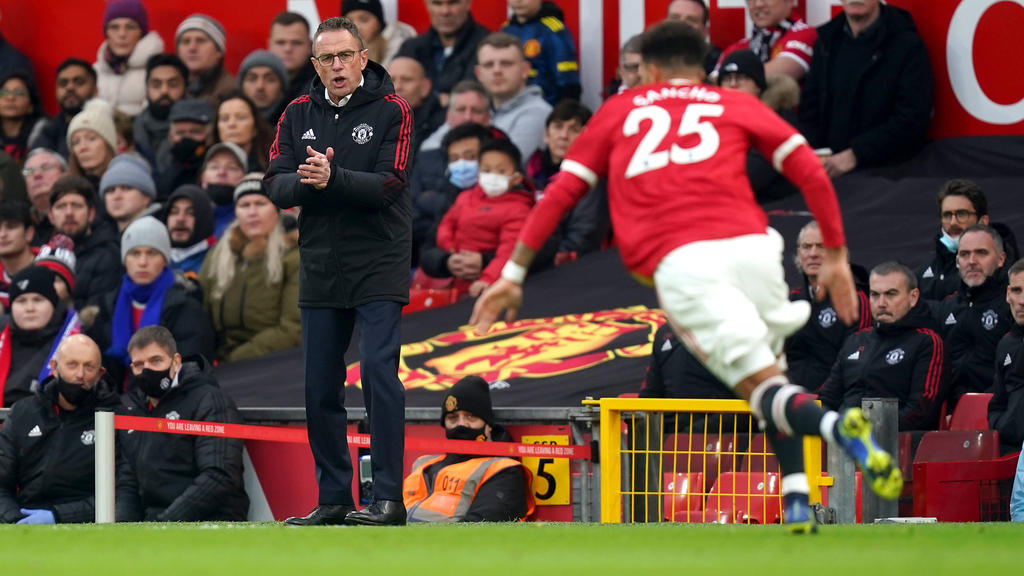