Pep Guardiola said he has been taken aback by Erling Haaland’s desire to succeed after Manchester City’s new striker announced his arrival in English football by scoring twice on his Premier League debut last weekend.

City beat off competition from around Europe for the Norwegian after he scored 86 goals in 89 games for Borussia Dortmund.

But any doubts over Haaland’s ability to fit into Guardiola’s system after City won the Premier League for the past two years without playing a natural striker were quickly quashed by his match-winning performance in a 2-0 win at West Ham.

“He is an exceptional player,” said Guardiola at his pre-match press conference ahead of Bournemouth’s trip to the Etihad on Saturday.

“It is not necessary to tell you, everybody knows it, but we are just a few times together. He is an incredible competitor, and he wants to win.”

Haaland has repeatedly spoken in his first few months at City of the need to still improve his game and Guardiola is keen to develop his new exciting quartet of attacking options.

Argentina international Julian Alvarez also arrived at the Etihad this summer, while academy graduates Phil Foden and Cole Palmer are expected to get more game time this season after the departures of Gabriel Jesus and Raheem Sterling.

“I would like to make these players better. Erling can be a better player and I think he has the will to do it,” added Guardiola.

“Always you can improve and we will try. When he (Haaland) leaves, we want him to say he is a better player than when he arrived.”

Guardiola also confirmed the arrival of Sergio Gomez, although the club have not officially announced his signing from Anderlecht.

A reported fee of £11 million ($13 million) has been struck between the clubs with the Spanish under-21 international set to add depth at both full-back positions.

And Guardiola dismissed the suggestion Gomez could be sent out on loan this season.

“He is going to stay with us,” said the City boss. 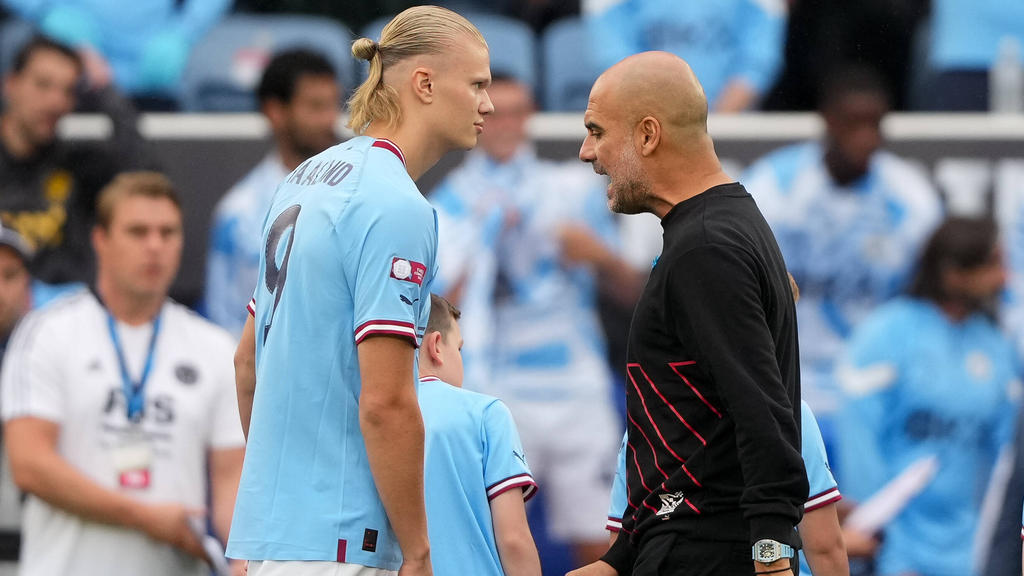